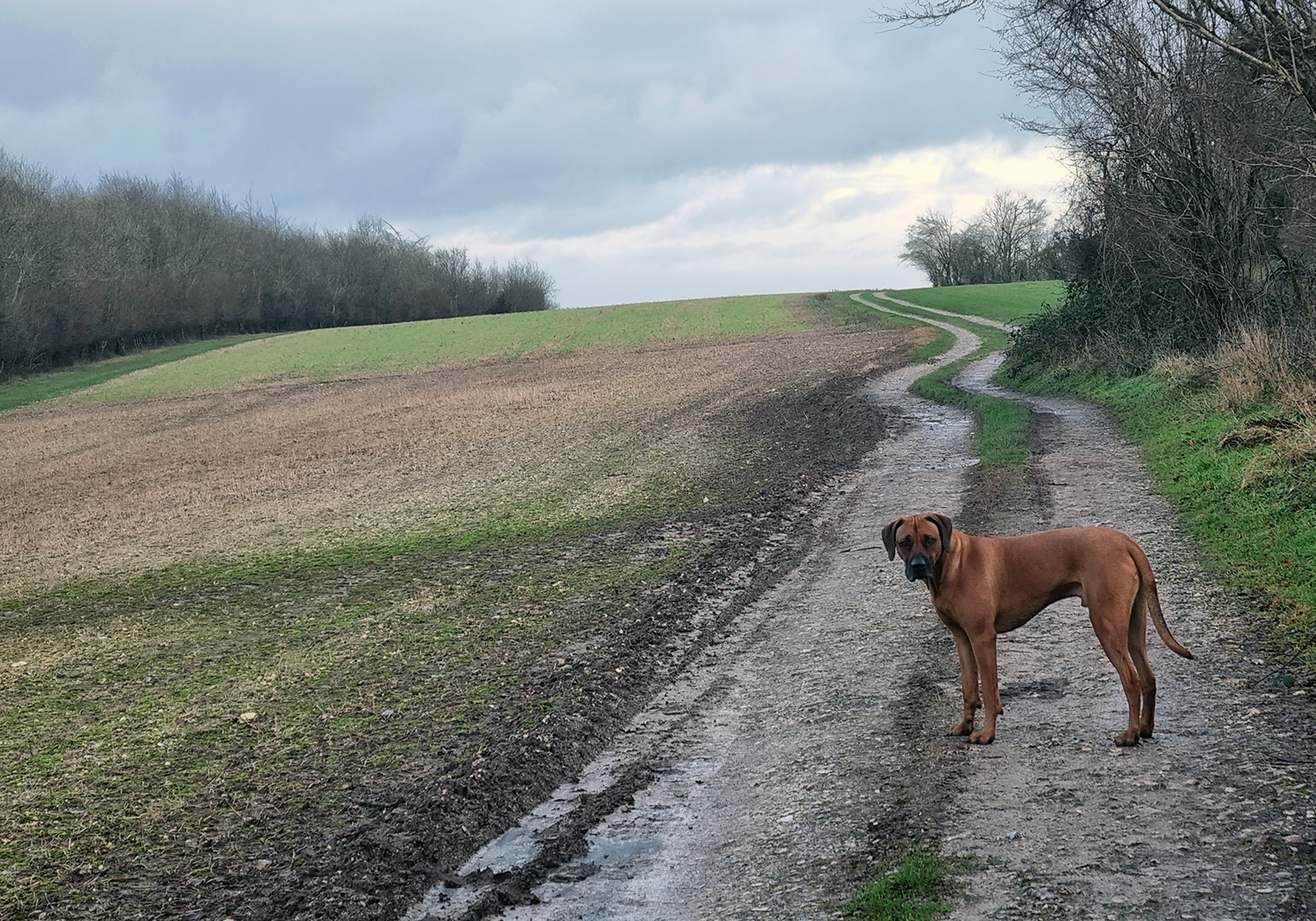 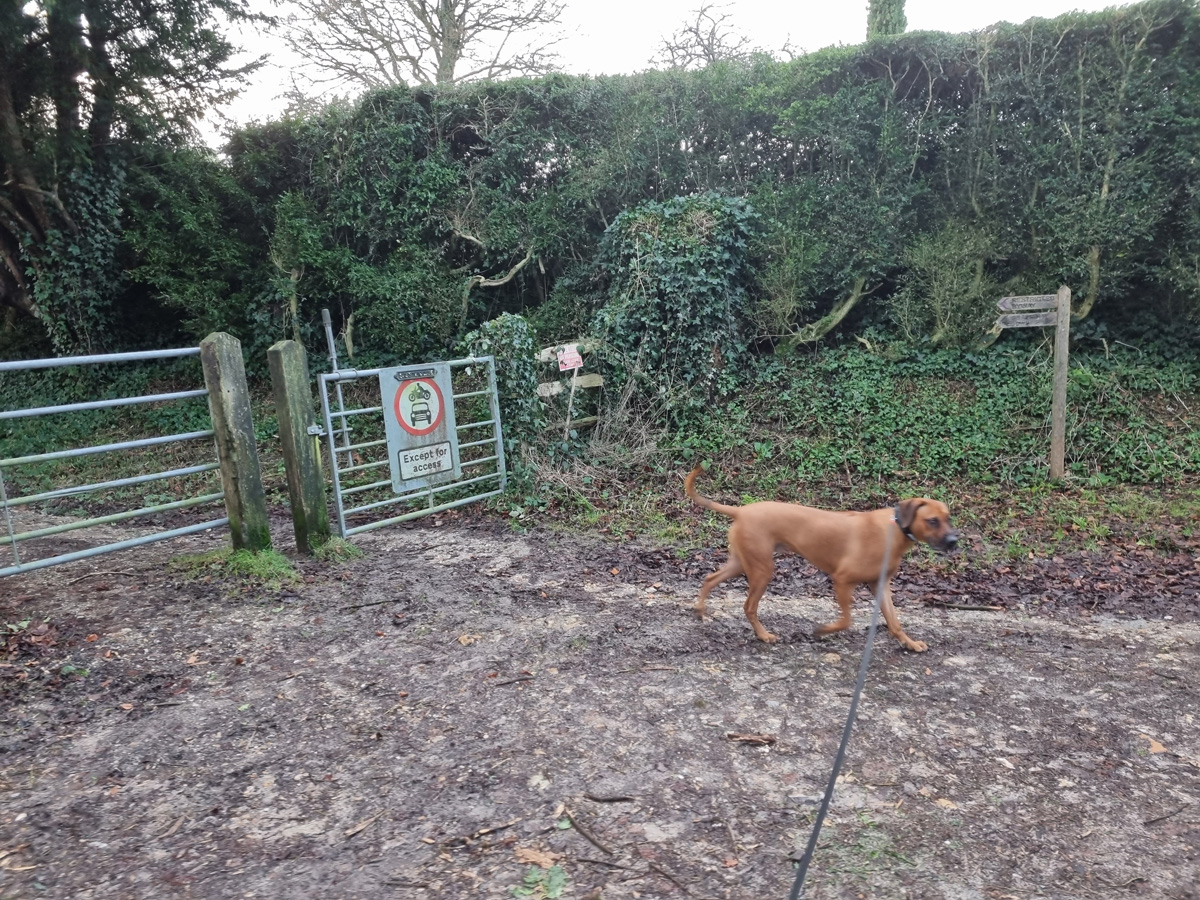 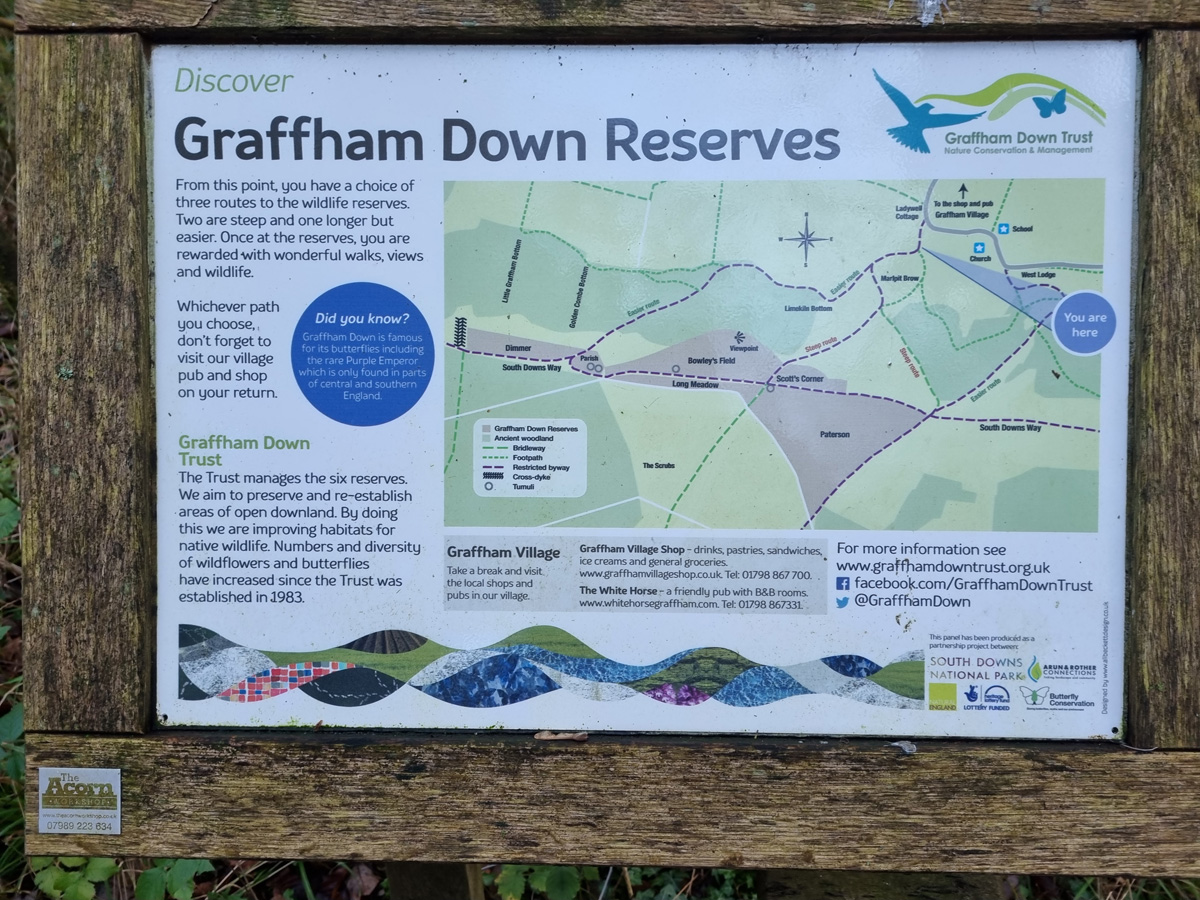 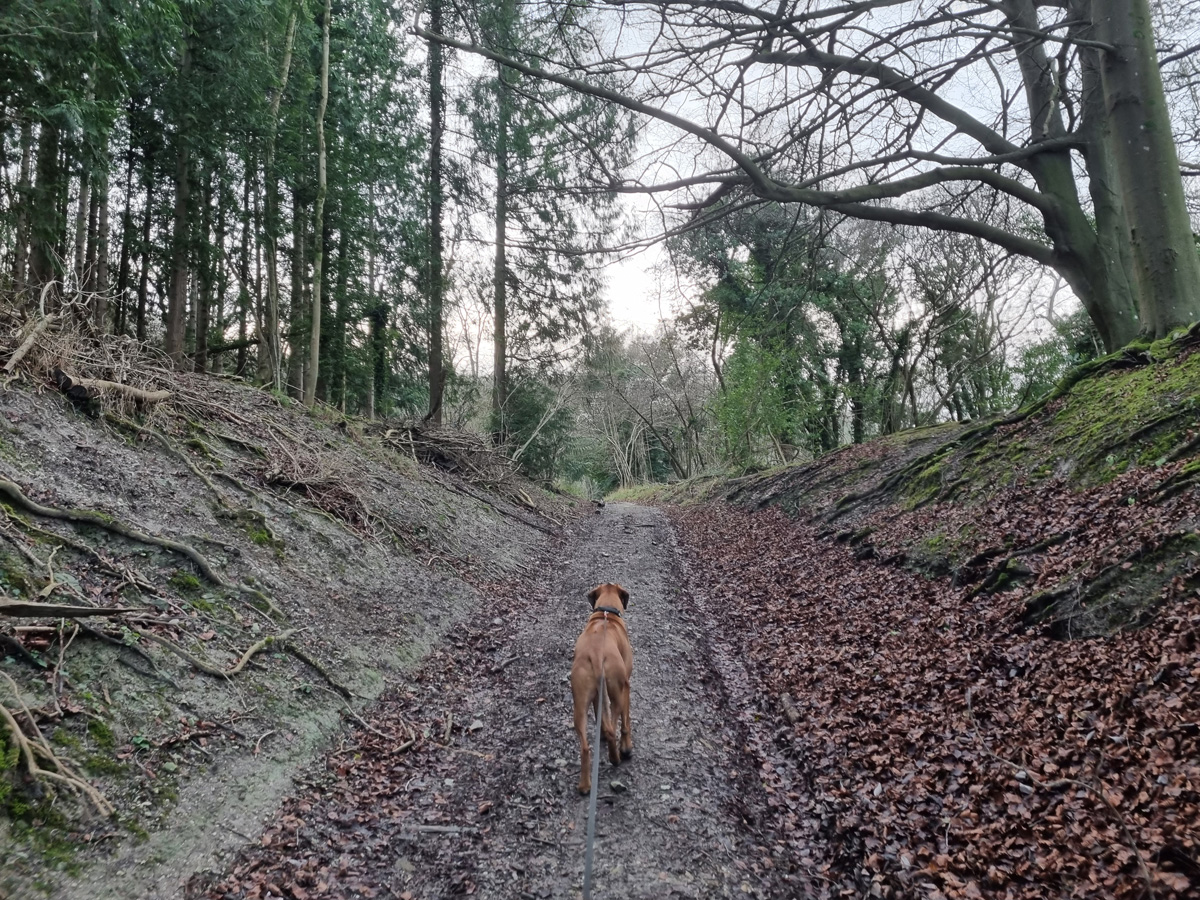 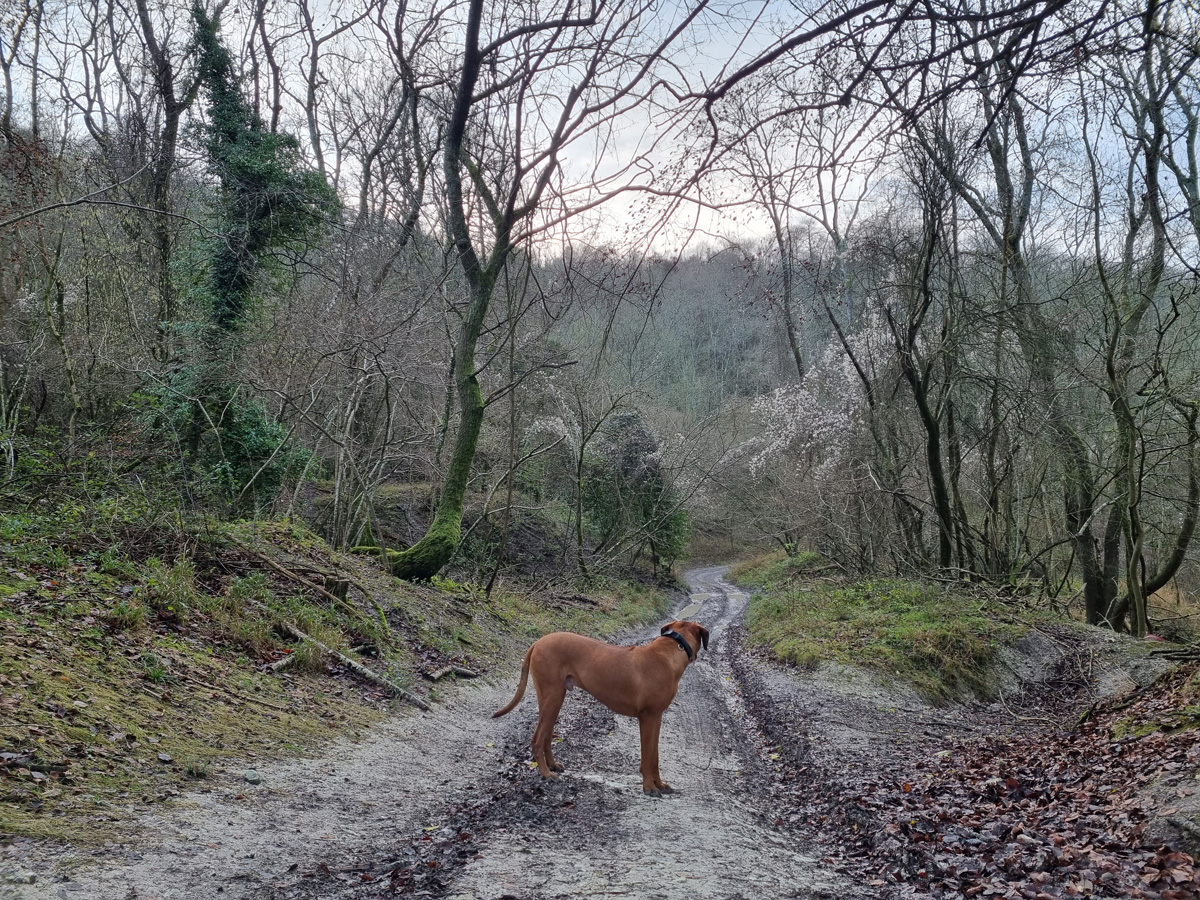 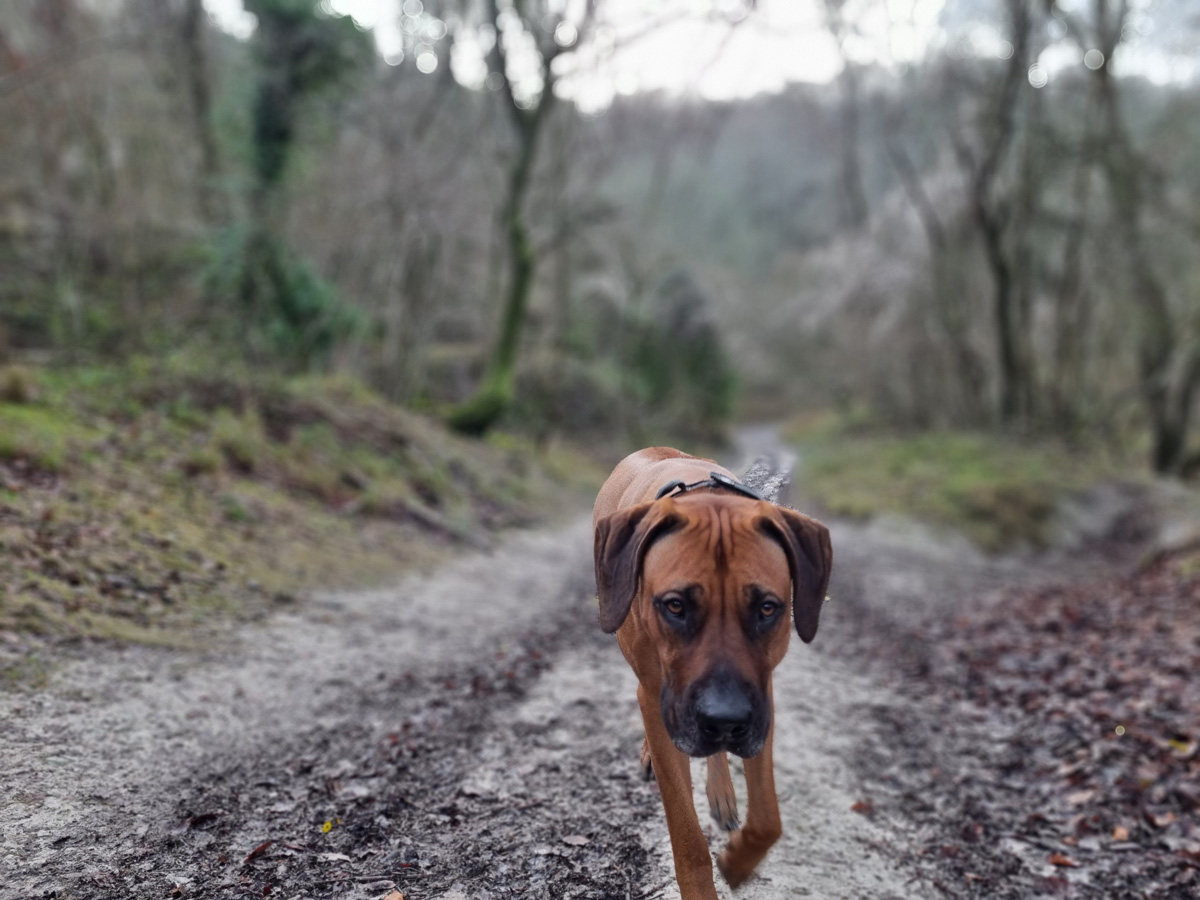 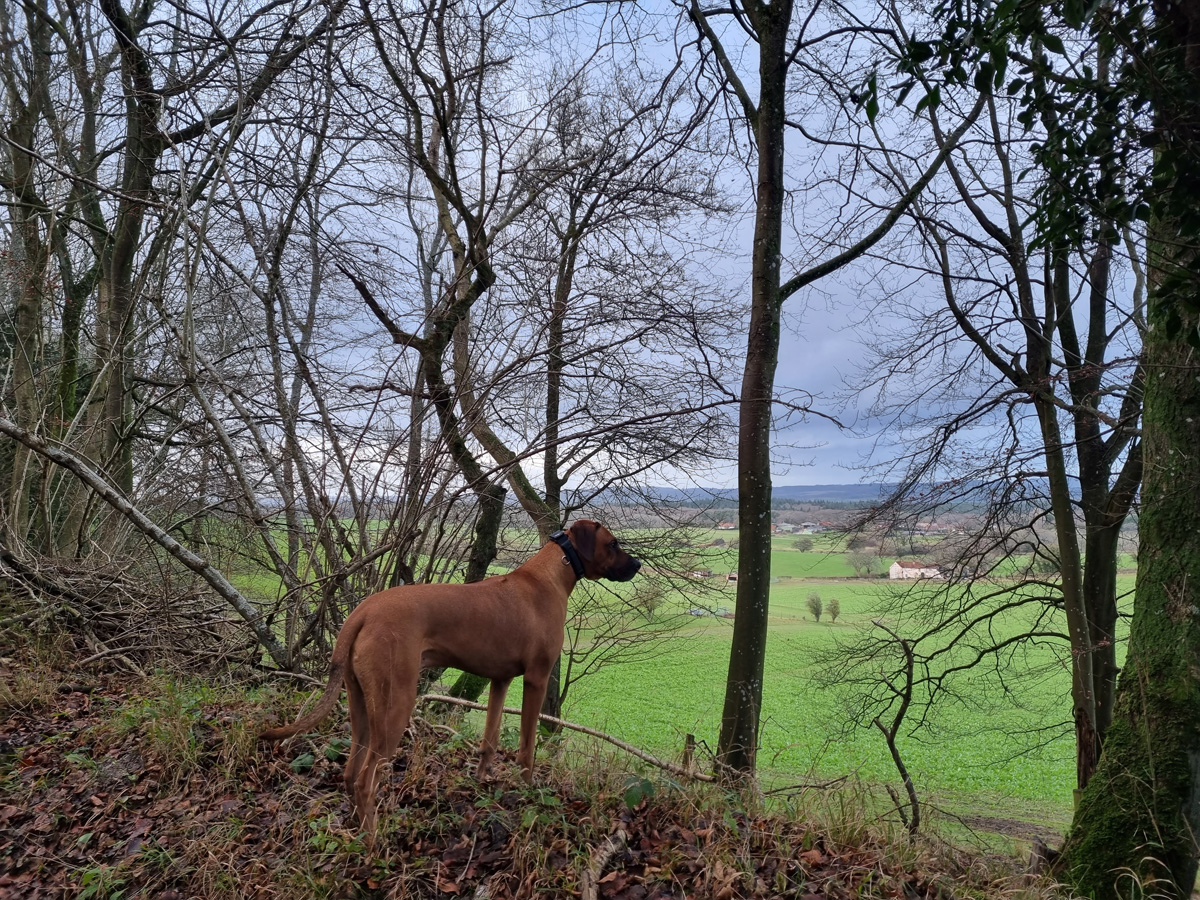 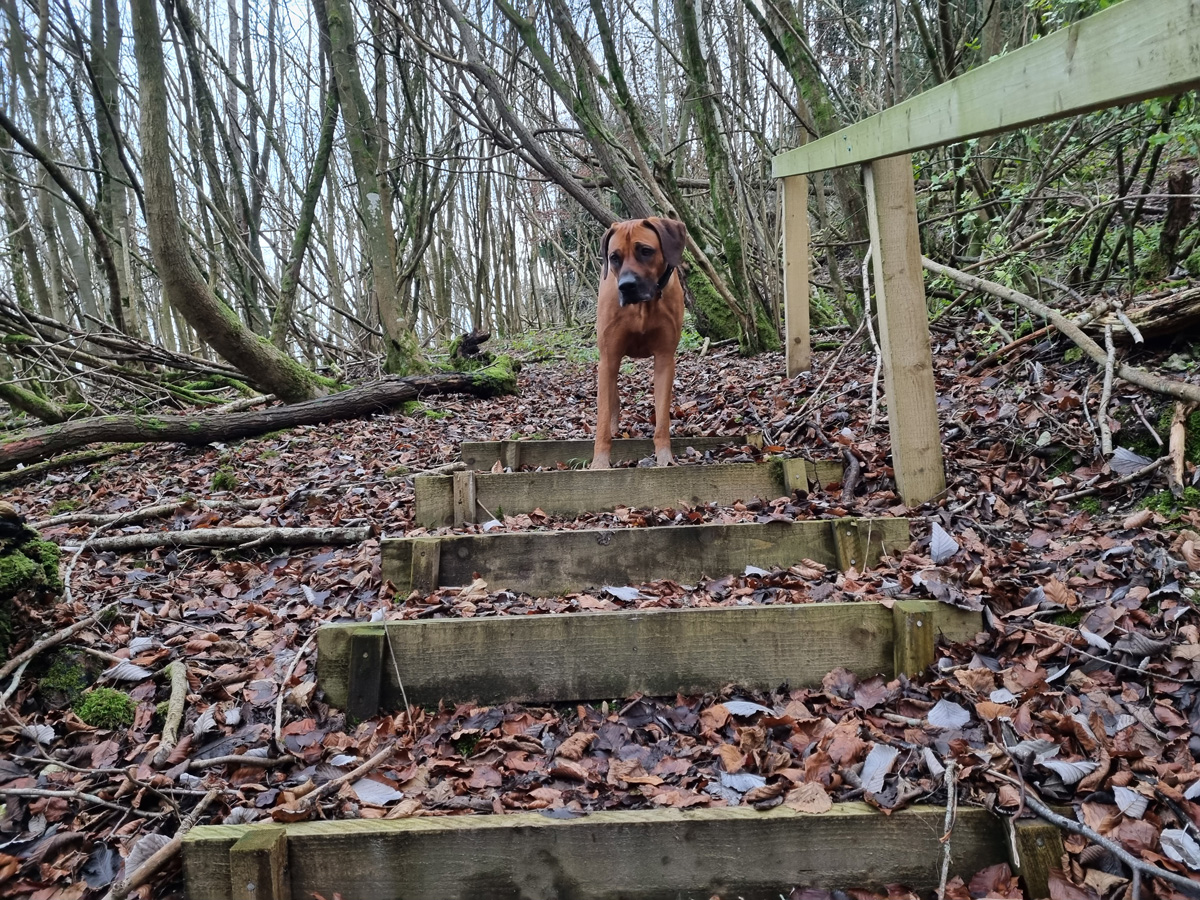 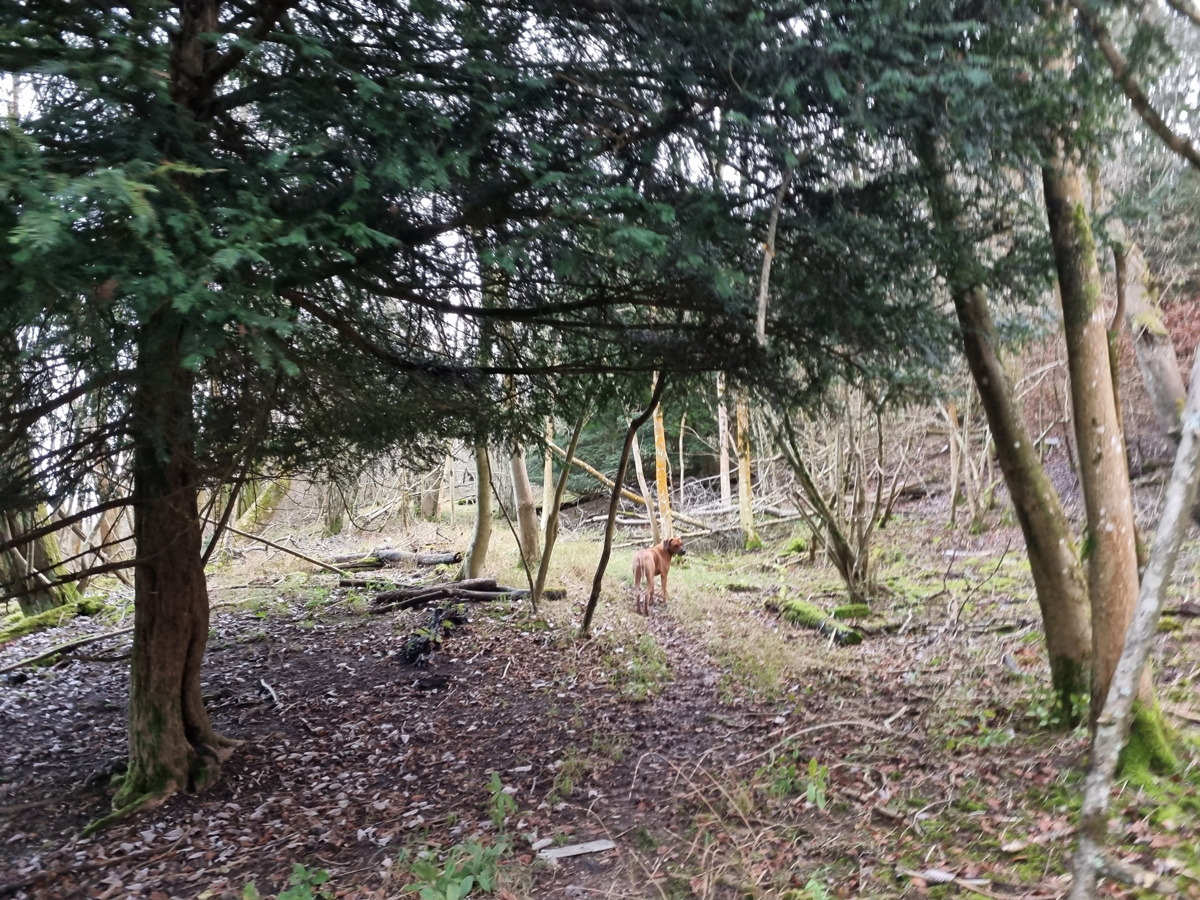 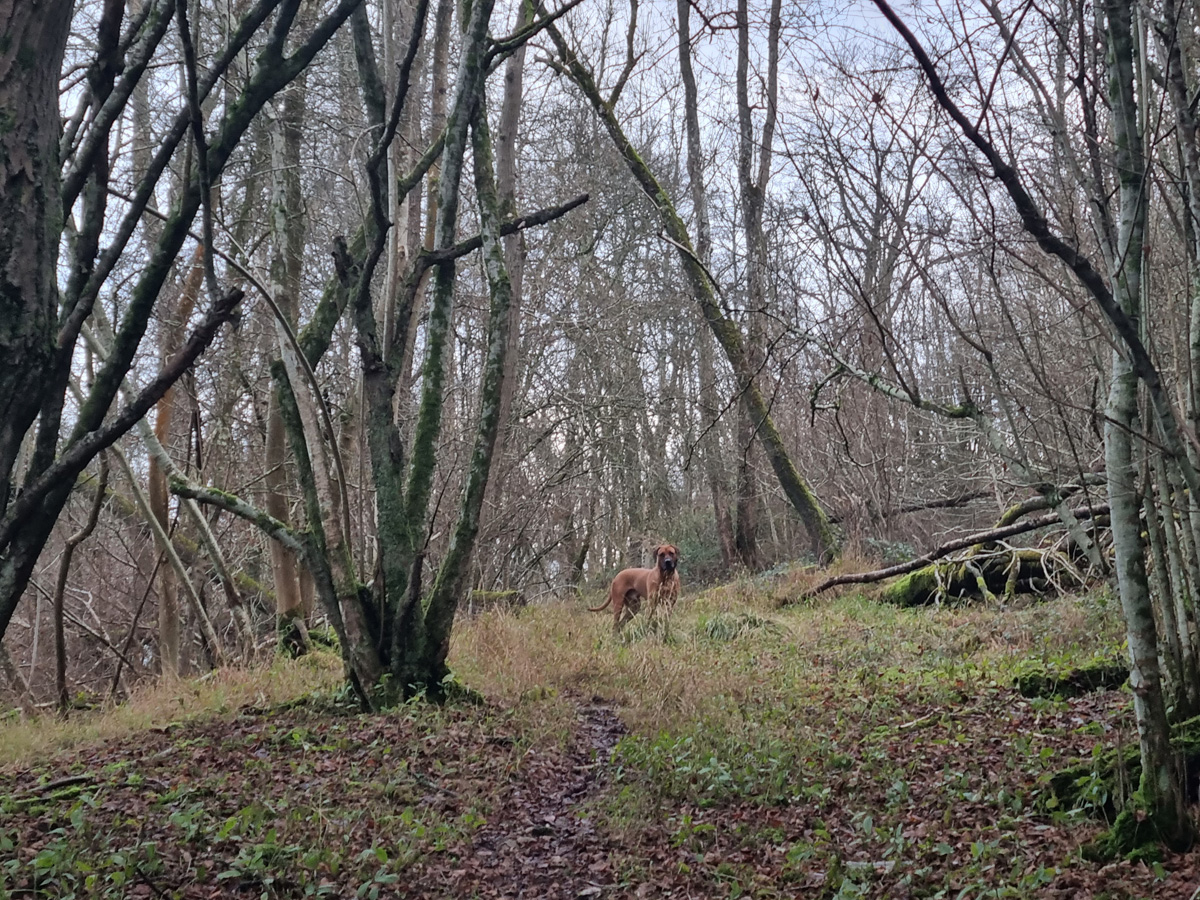 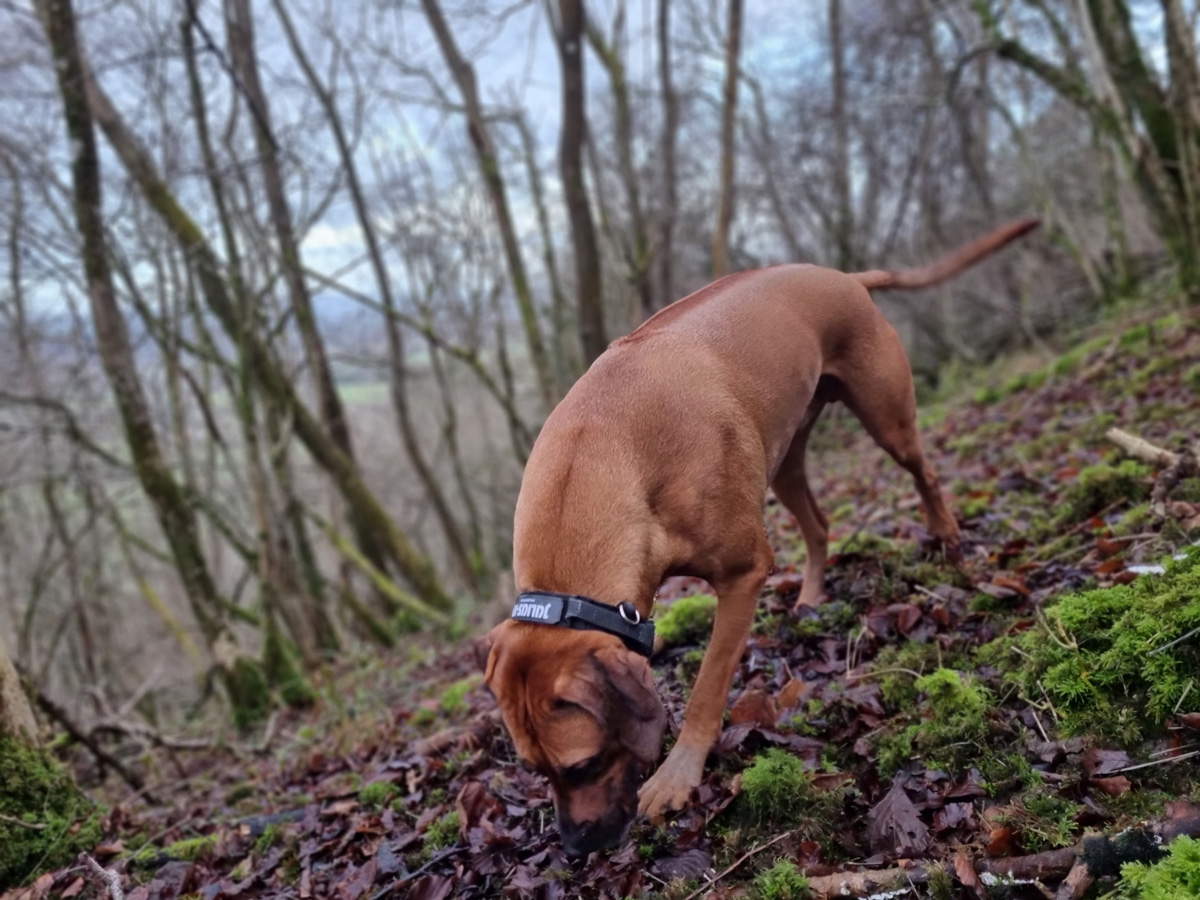 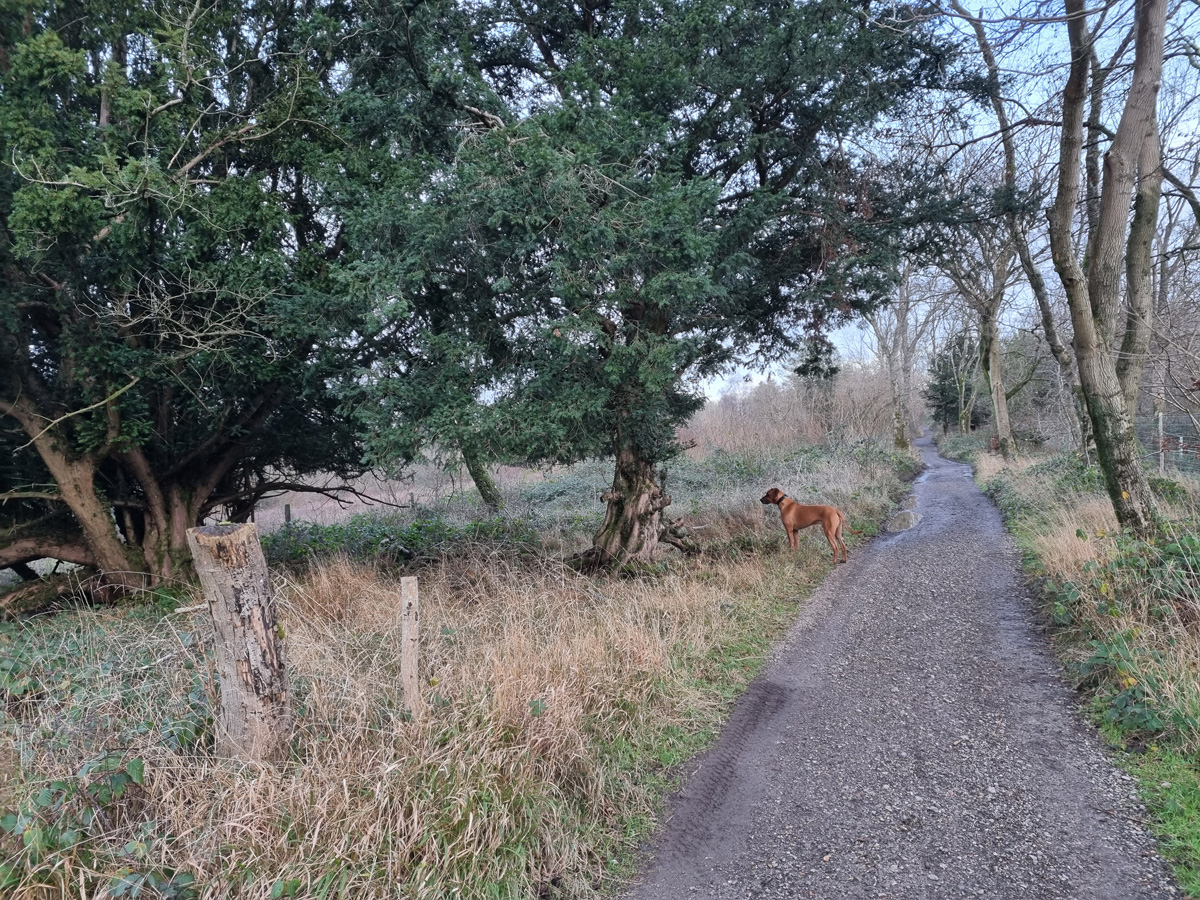 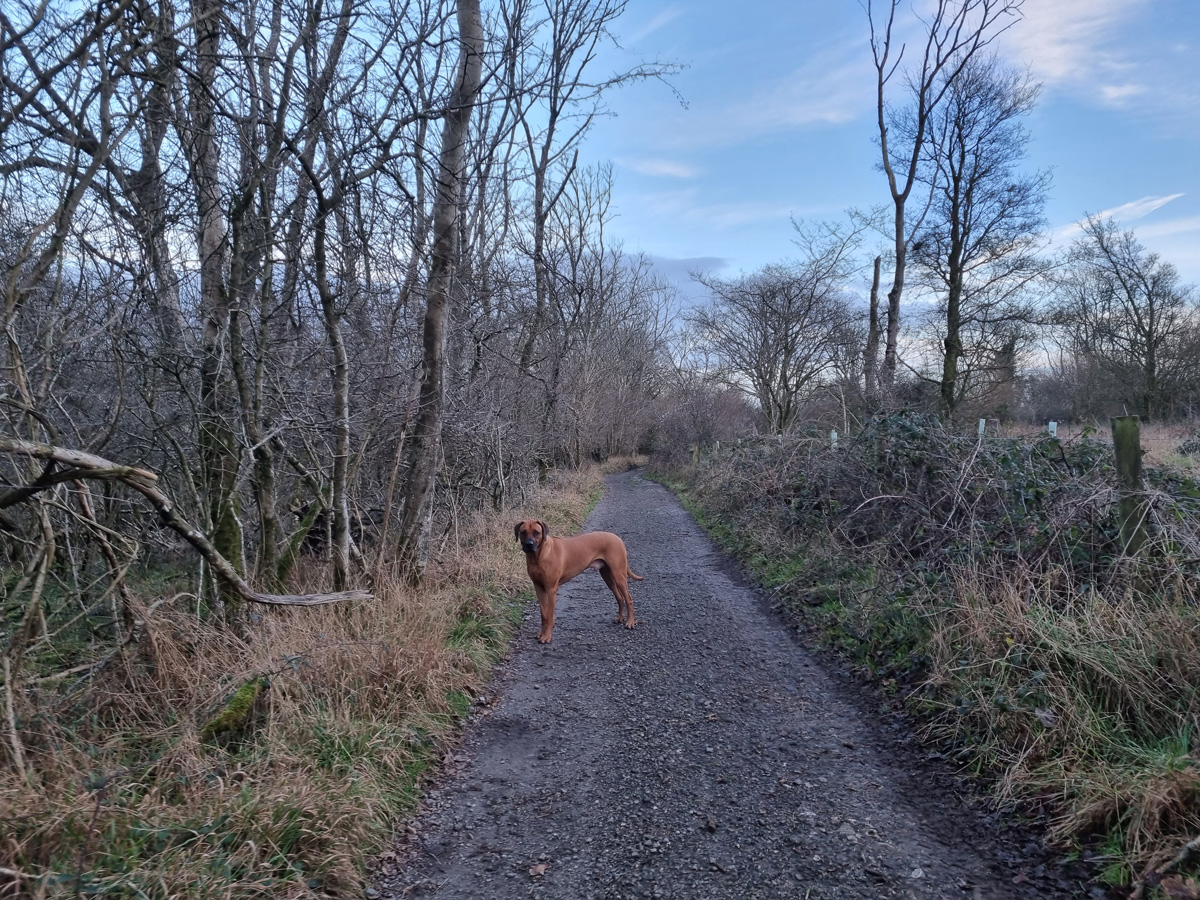 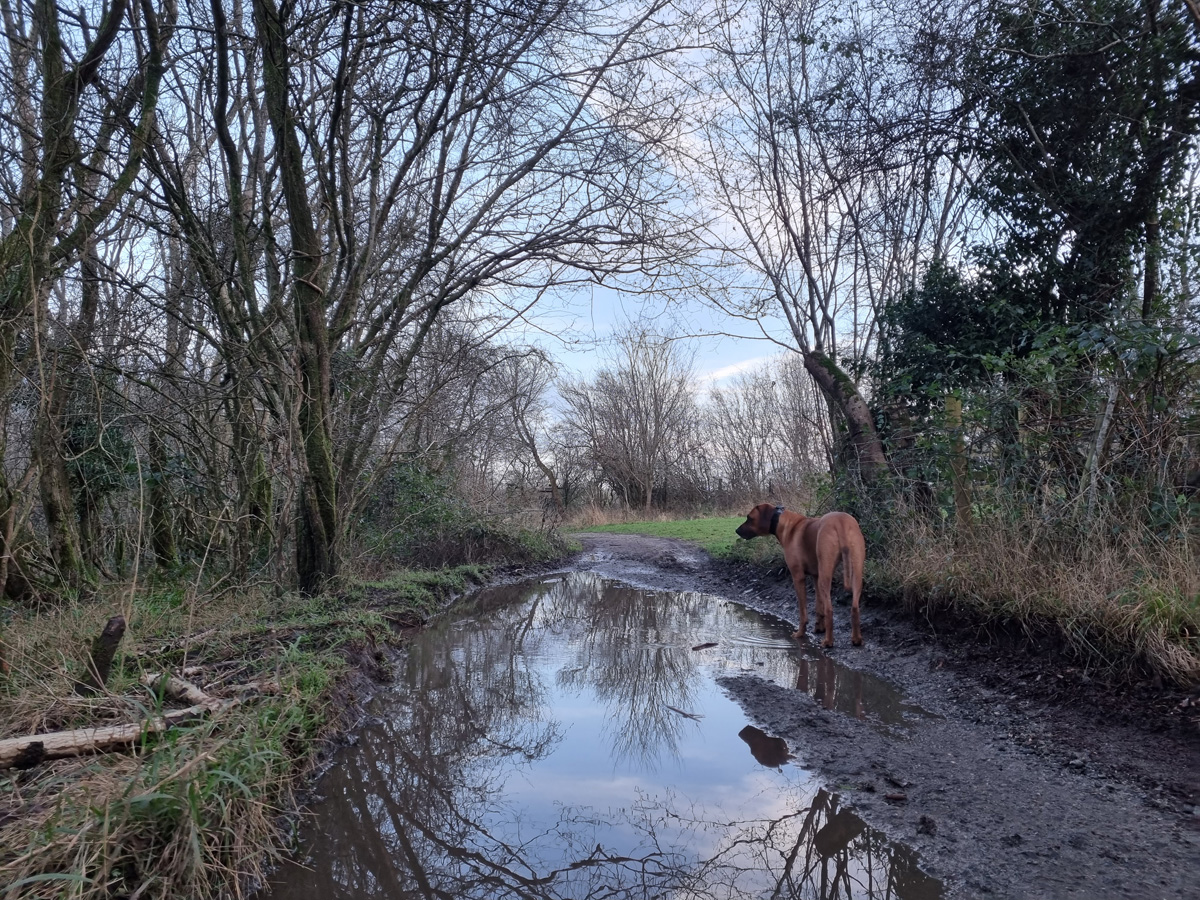 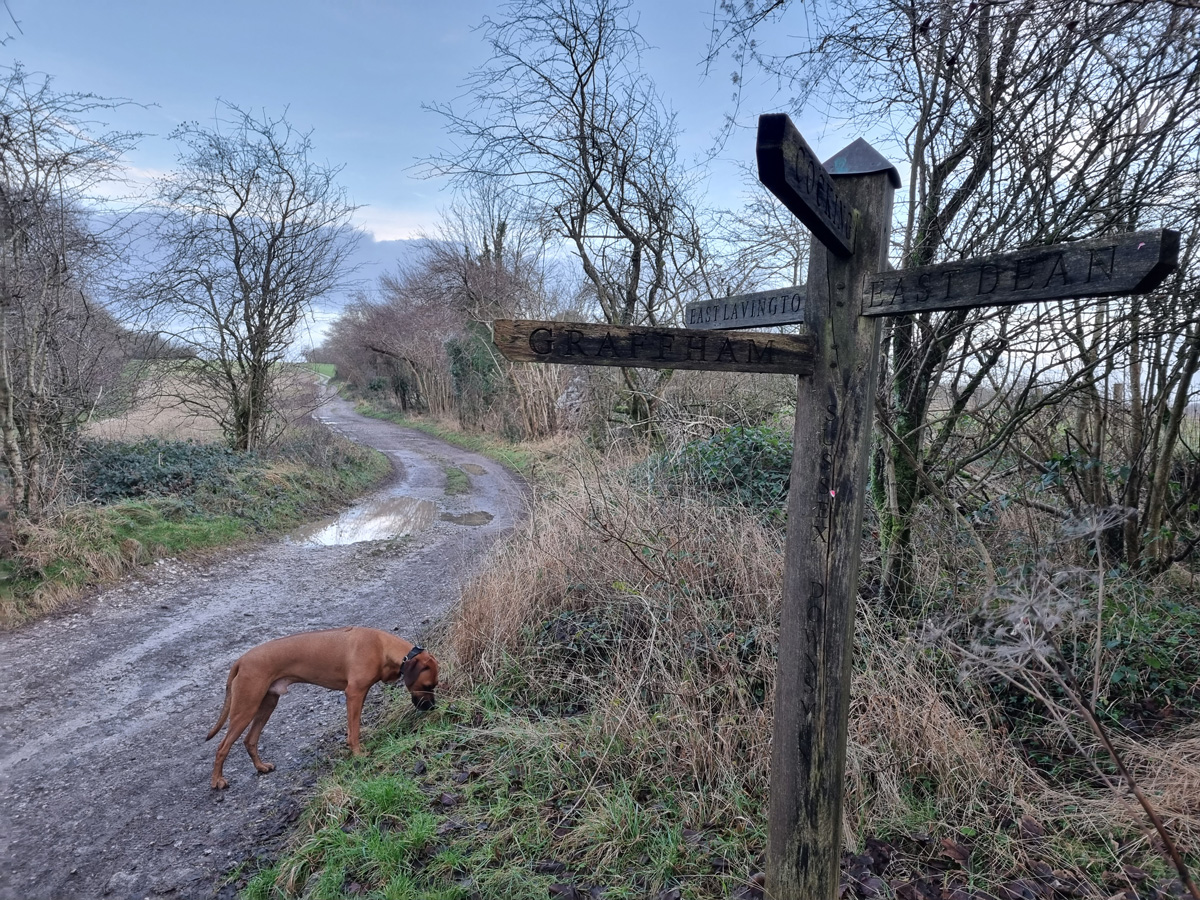 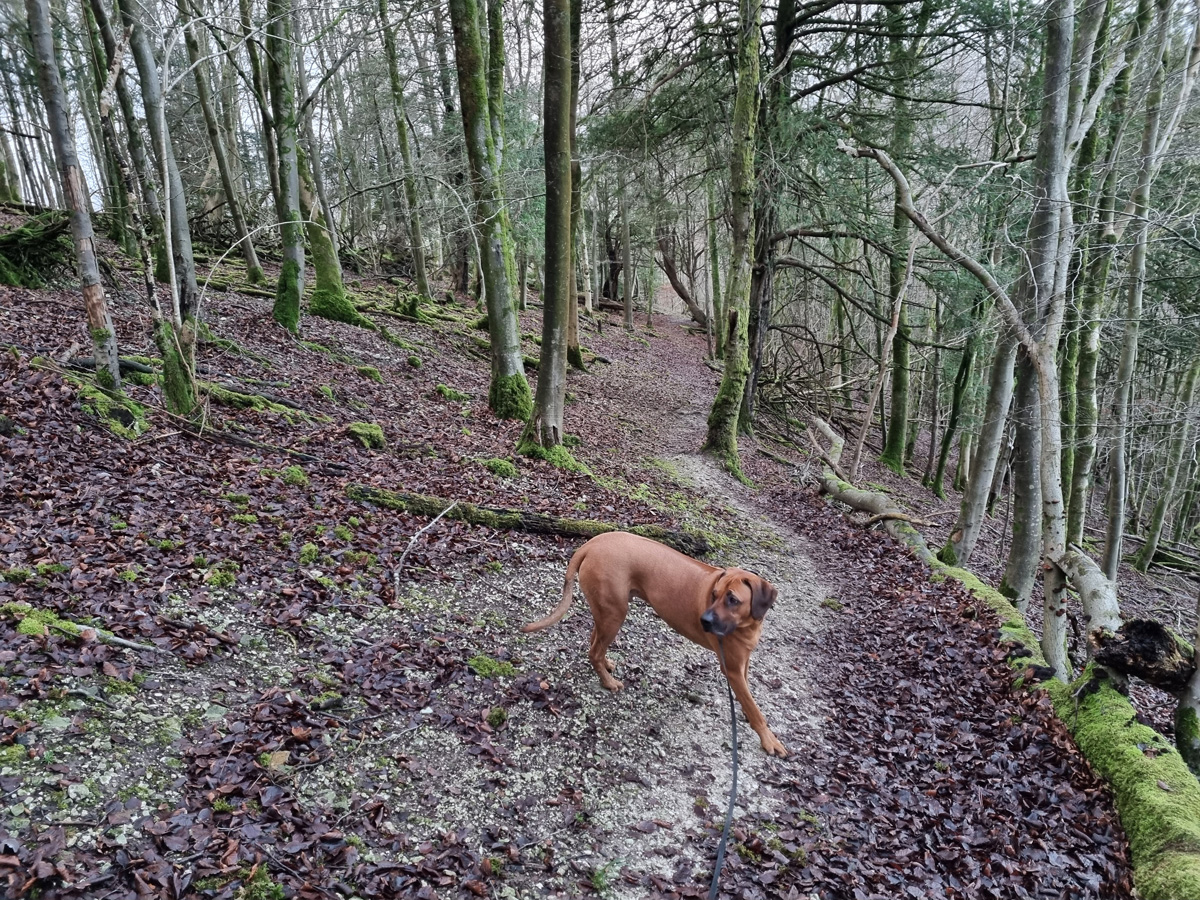 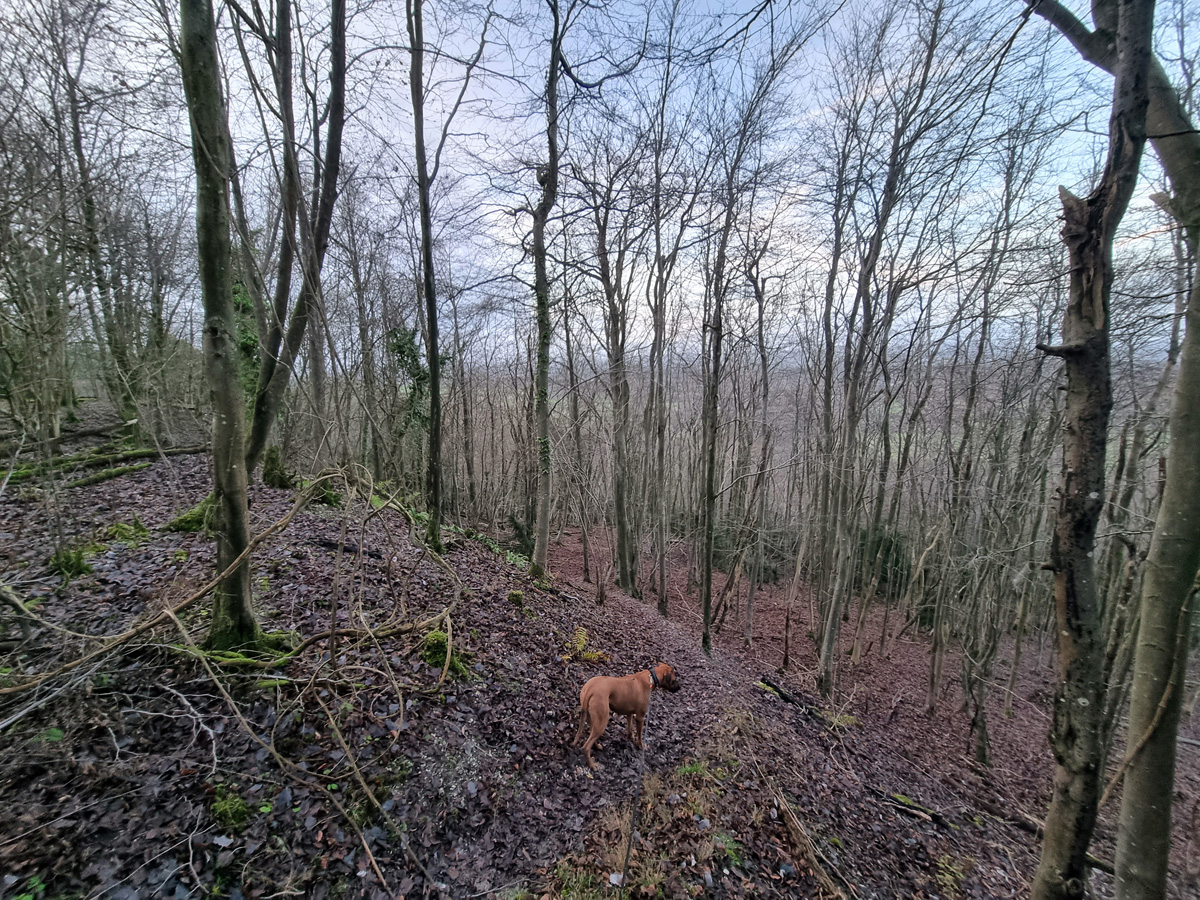 Mainly chalky stone paths with some forest paths too. Is very hilly here, and some bits felt as much like a climb as a walk! If you follow my route, some paths are very slippery, hard to see, with narrow parts and bits blocked by trees and some steep steps. No stiles though!

Check out Graffham Common on the site too, another great walk local to here. 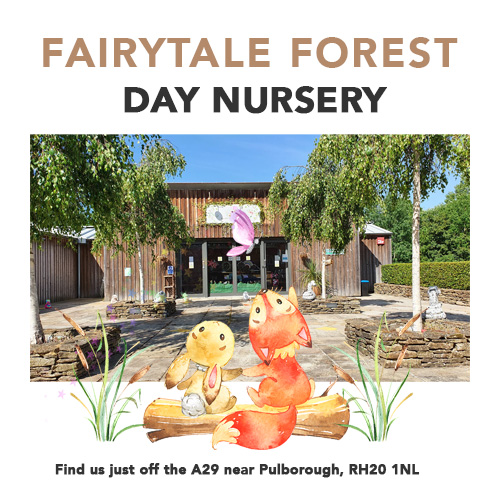 Parking outside the church I walked down the road, then at the bottom of the hill on the left hand side go through the metal gate. The path takes you up for a while, and when you see the info board I went right here. This is a nice winding tree lined route gradually climbing, with some views through the trees on your right across the fields and farmlands.

Eventually you come to a signed crossroads, where the left route takes you up some steep steps and this is the route I took. This way is through the forest and clearly not too well trodden as the route is not always clear underfoot and very steep and slippery in parts. It's quite a climb, but eventually you come to a path way crossing your route. The sign on the post says go straight across, so I did, but still not sure if it's an actual path!! It starts off as a steep narrow path, and you can just about make out the path underfoot but after a while the path itself became completely unclear. Every now and then I'd think I found it again but not sure if it was just where deer had been! Essentially though I just headed up the hill, and eventually came to a proper track.

From here I went right up the hill, and at the next crossroads on the peak of the hill headed left. This is the South Downs Way and for a relief was nice and flat as you're walking along the top of the hill with fenced nature reserves on your right. After a while this opens out as a large field, with farmland and livestock on your right (all fenced off). The path eventually goes left through the field, then when through the clearing we headed left on the path. Shortly after the path goes off to the right, and then you're on the steep and slippy decline down. From here at every junction basically go straight, and it leads you back on to the road by the Church.

Apologies for lengthy description, probably a bit hard to follow so that's why I recommend a GPS app here! Really was a lovely walk though, but more of a challenge than a simple lake walk but good fun and Hank enjoyed most of the time off-lead with no one else around. He went chasing after a pheasant though so that is why his lead was back on for some of the photos!! Bad dog! 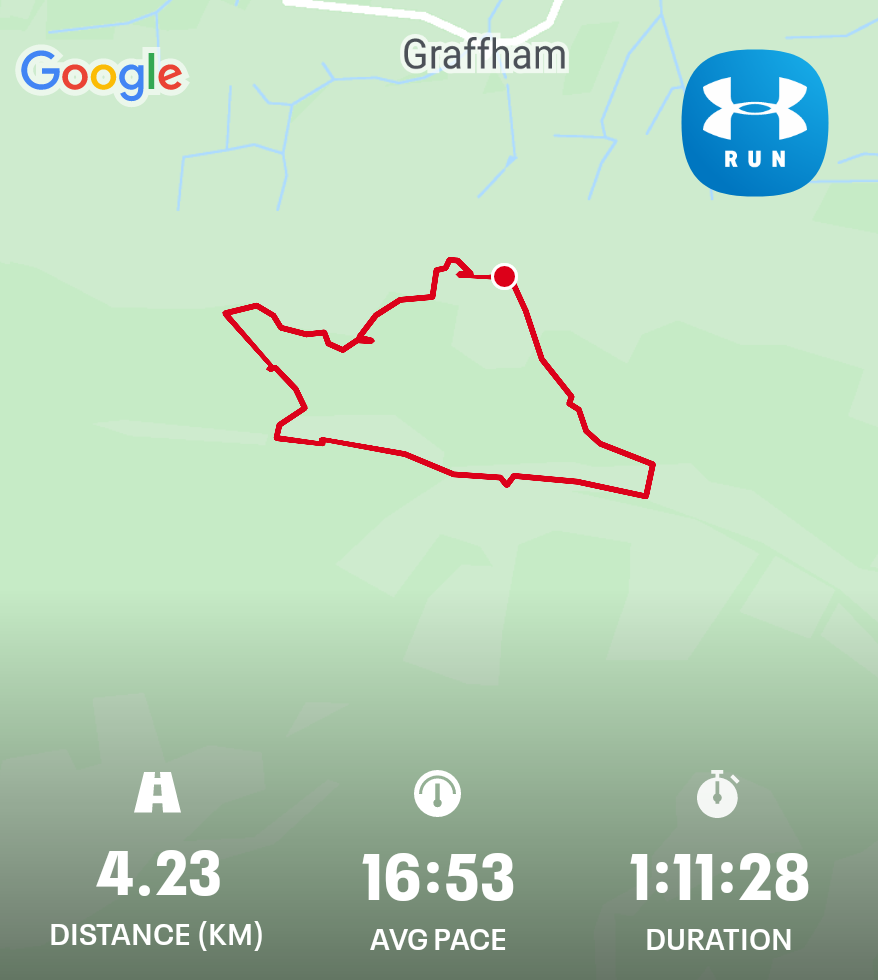